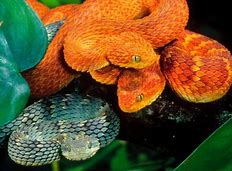 Please, let the German-language letter be translated into many languages and be handed over to the people worldwide.

I hereby terminate the above-mentioned contract and membership of your publishing house and company with effect from the next possible date.  I also request confirmation of my termination.

However, I do not want to get off so "cheaply" without criticism and point out to you as well as to other book publishers that some book covers are very shocking for many small children.

No one would offer such frightening books if the demand were not there, which will be the case!

Yet many children, since their first steps and explorations of the world, already suffer from sleep disorders, eating disorders and, above all, speech disorders.

This does not happen by chance, but has a clear cause for which you are also responsible. In addition, it is hardly possible to lead a child to a genuine faith in God under such circumstances when reality has the opposite effect on the children.

The book has a high entertainment value and in addition a very high educational value, whereby the training of language education is automatically included.

For this reason, it is impossible to imagine life without the book and therefore it is not dispensable, which is not equally true for the other entertainment media.

Unfortunately, however, one has to realise on the book market that, for example, every Dick and Jane can put their autobiography on the market, although they are not high-borns, but people who want to immortalise themselves for various reasons, because they have a degree of fame.

There is good money to be made from it and no one can check which head is behind which statement or advice.

Apart from that, it is more important to apply one's wisdom or knowledge in the present and not when others are at the helm and they are then confronted with the autobiographies of their predecessors or ancestors, which especially affects the political arena.

Nor should any writer or distributor or publisher make himself available for such purposes by jointly protecting "his guild" and not making oneself cheaper than one is!

It is a great pity and very regrettable that such a letter from my person had to come about in the first place, as there are many readers or editors who can no longer put themselves in a child's shoes, probably because there are very good children's books on the market that really have value and this deficit of the publicly made abomination of some books, apparently covers!

This mixture of highly sophisticated and very valuable as well as again extremely primitive and repulsive can be found everywhere through the media, but the book has the advantage in this respect that the negative content of a book can remain hidden for the young children if you do without the illustration and basically use a neutral cover for all books!

I recommend that you and other distributors, magazine publishers included, give this serious thought, otherwise others will have to do it for you!

HP: A book can stimulate the imagination and thus has a great influence on the reader.

For this reason, it should be well considered who has the aptitude and talent to be admitted as a writer and who is not suitable for the profession, whereby censorship will remain unavoidable, for as the saying goes:

Cobbler, stick to your last!