Free English translation on 24 April 2021. Please let that German-language document be translated in your native language and be handed over to the corresponding people.

Gas chambers were facilities in six killing centers, in several concentration camps and in extermination camps, in which during the time of ...

You and other Europeans rightly complain about the Holocaust or the extermination and gassing of the Jews year after year and that happens more and more emphatically and with increasing effort.

But you have always forgotten something very important or let unmentioned and that is to complain about the real perpetrators and the unfortunate ones, who could be lost forever, because every single one of these contemporary witnesses of the persecution of the Jews at that time, who knew exactly where the train was going; often the way led in the direction of one of the largest extermination camps to Auschwitz and the lives of many people there, were first degraded and only then ended, so every witness is really to be deplored and in a rule will have left at least a descendant of today's, mostly someone of the native German population.

Especially those, who passively and tacitly tolerated how the "ethnic cleansing" took place in the "German Reich" in this regard will certainly have received their just punishment, which no earthly court can judge.

These are often the direct ancestors of the last generations, who are collectively complicit in a crime against humanity and this cannot be reversed.

Just as like long ago, when those contemporary witnesses were silent, it is happening again today through the native German descendants of all those accomplicits, who are indirectly involved in today's crime against humanity and still today, as it has been for years in the matter and commission of the Lord, at least once were obliged to provide information and are still required to provide information!

Just as like long ago, it is basically again about the aspired world power or world leadership, only the motives were and are clearly completely different today!

Even the commissioning or the certified qualification by the Creation or, more precisely, by Creator by means of contemporary witnesses, the so-called "Führer" A. H. at the time, could not really claim for himself!

It is not by chance that history repeats itself in a modified manner; of course, one has to deal with the cycle of life and with all the religious affiliations of mankind in order to understand or recognize, that there is a plan, whereby at the end of time the "devil or adversary" will ultimately play a subordinate role, since the effort to put the devil in his place would already have become much too high today.

It should not be overlooked that there will also be a plan B or even a plan C for a last alternative, which also comes from the beyond to destroy the earth and everything that goes with it, before life falls into the wrong, highly technical hands.

So my person thought of entrusting the current ruler of North Korea specifically with the monitoring of the airspace in North Asia, in order to react correctly and not incorrectly, if necessary, by subordinating himself to the world leadership, of course, but more likely for the possible nuclear killings of this "clunky type" * of the UFOs has his jurisdiction and predestination.

These are already the fairy tales coming from the Orient!

11/12/2020 * There are certainly different areas of danger and thus different functions of the UFOs coming from the Monumental-Area. 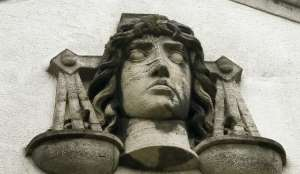 In the opinion of my person, some soldiers, who were abroad at the same time as the gassing of the Jews or who were at the front lines to protect and defend their homeland, actually knew nothing about the Holocaust.

The gassing of the Jews was deliberately kept from them, presumably for tactical reasons, since even very devout Christians had to take up arms. 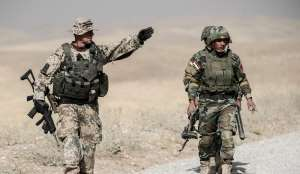