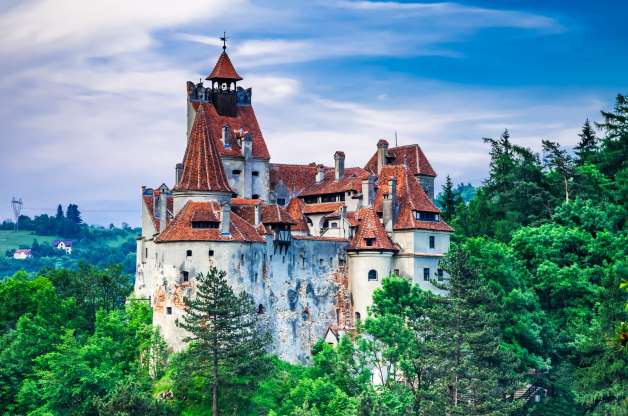 Stars falling from the Sky

Free English translation on 15 April 2021. That German-language document you may find here!

As is so often the case, I received a letter asking for financial help for the SOS-Children's Villages.

You and the likes of you are certainly well protected personally and sit in a solid saddle, from which you and those like you do not want to get off voluntarily, because there is no other way of explaining the increasing suffering of the next generation.

If anyone needs psychological care at all, then these are first and foremost people in your category, because the suffering of the designated children is usually "homemade" and if you, as the representatives of the SOS funds, do not understand this fact, you are out of place and you block other people's places that you and your fellow species obviously don't belong to!

You and others finally please do ensure, that the causes are tackled for which the person is responsible, so that the suffering of the children is lessened or can stop entirely.

If my person would be  already in charge, she would “disempower” people of your type or category and assign the task to be solved to people, who have got to know the suffering and the cause of suffering and are ready to bear burdens for others or for the children!

My person would have chased people of your category out of the field a long time ago and with all the force!

Why does an arms industry have to be so big in the 21st century of the atomic age and why does the suffering of children have to be incessant?

Why do you and those like you want to “keep it up”?

Because so far you can still fly unmolested on vacation to recover from your more than questionable job, which unfortunately will not be the case for the SOS-children!

Do you not know the addresses and names of the millionaires and billionaires, or do you not know, that a single person today could build a whole country with the accumulated estate ?

Just because someone as a private person has many billions in public funds, it does not have to and cannot be honestly and at his own expense earnd wealth, which in this regard probably makes the psychiatrist indispensable for you and your kind as well as for the millionaires and billionaires getting illness into insight!

Surely it cannot be true, that the whole of humanity can be so stupid, for who bears the burden of the exploitation of the earth?

Who bears the pobllution of the oceans by so-called industry and its waste products?

Who bears air pollution from chimneys and car exhaust?

Who bears the increasing symptoms of the atomic age?

Who bears the loss of a parent or a single parent?

Who bears the consequences of unemployment?

Who is responsible for the pollution of the groundwater or drinking water?

Who bears the consequences of global warming and melting ice?

The bearers of the burdens are not the ones, who have pocket the big money, but also, for example, the SOS-children, whose you and those like you obviously have to bear with them, because you apparently cannot do without psychiatrists by not being able to recognize simple facts and actualities clearly and distinctly and thus you are not be able to obtain the funds from the right places.

You would rather waste valuable time, so it remains to be hoped, that you and your kind will learn to bear the burdens that are mainly caused by the greed of the individual, such as the use and leakage of the nuclear energy of a nuclear power plant!

Maybe you and those like you need this private lessons, so that others can finally understand the disease picture and could be able to act.

My person repeats for the stupidest of the stupid for general understanding:

We as mankind are already in the revelation of John and should be able to act as quickly as possible before “the stars fall from heaven” and a final accounting for each individual takes place!

Every overabundant one (millionaires & billionaires) is intended as an administrator of the funds, which has long since become quite obvious.

Nobody is intended to be a creator of paradise on earth!

In this overbearing category belongs such a "dysfunctional" person as the American President, with his publicly presented signatures looking like records of earthquakes by a seismograph!

Perhaps you too will finally wake up from your deep sleep and look around at what is going on around you and around others!

My person has to publish this letter for the reasons mentioned.

* The termination or shutdown of the nuclear power plants and thus the use of nuclear energy must take place smoothly and worldwide at a predetermined point in time. March 16, 2021